After stepping off stage from their Glastonbury debut, Japanese pop-metal sensation BABYMETAL sat down with NME to talk about what the festival means to them and the possibility of working with Bring Me The Horizon.

Appearing on The Other Stage today, the band played a dizzying set of pop, choreography and hard rock which NME described as one that saw them “leave everything on the stage”.

“It was really good,” singer Su-Metal told NME. “We usually go to metal and rock festivals, and Glastonbury is not like that. I was really nervous but after a few songs the audience had their hands in the air and were screaming.”

She continued: “I know that Glastonbury is one of the largest festivals in the world and a lot of artists want to play here. I’ve always wanted to play here and now I’m really happy. It’s like I’m dreaming.” 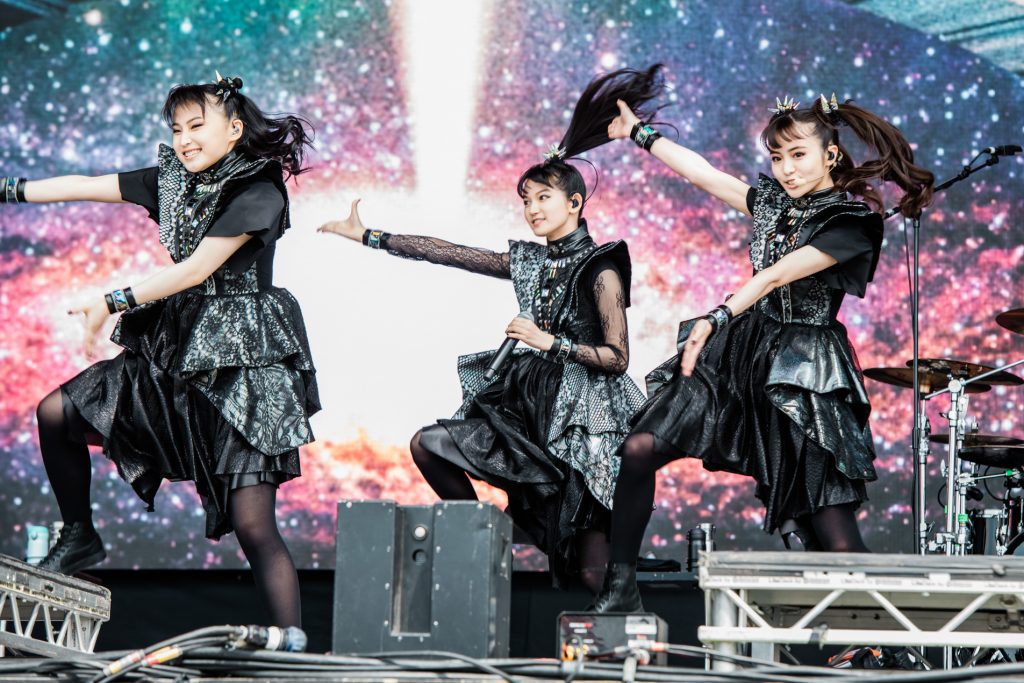 The band were sharing the stage with fellow rockers Bring Me The Horizon, who have often sung the praises of BABYMETAL over the years.

There’s been a lot of change for the band in recent years, after bandmember Yuimetal left the band in 2018. However, they say that her departure made the bond between Su-Metal and Moametal became even stronger” – and now they’re gearing up to release new album ‘Metal Galaxy. Fans got their first taster of the album with the single ‘Elevator Girl‘.

“‘Elevator Girl’ started off as being relatively young and over the past years we’ve become adults and this song expresses that,” Su-Metal told NME. “There’s a shift and a change in how we’ve matured to becoming adults. ‘Elevator Girl’ represents our maturity.”

She continued: “For the next album, we’re facing a lot of new challenges. ‘Elevator Girl’ represents me becoming an adult and the new metal that we have created. Our album is like a toybox with a different mixture of songs in there. ‘Elevator Girl’ is just one of those songs in the mix.”

And what else did BABYMETAL get up to at Glastonbury?

“We saw Bring Me The Horizon, they’re really amazing and we had so much of a fun time,” said Moametal. “And we’re really looking forward to Billie Eilish.”

Meanwhile, BABYMETAL have confirmed details of their first London show since 2016.

The metal stars will headline the O2 Academy Brixton on Tuesday July 2, marking their first appearance in the capital since headlining Wembley Arena in 2016.